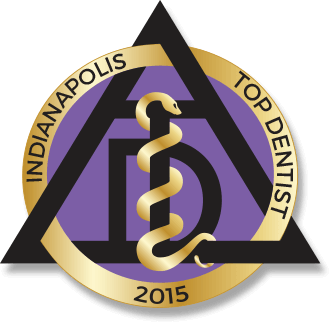 For most people, the mere mentioning of a toothache, dislodged tooth or any form of dental emergency can immediately cause anxiety. While any sudden disruption in your dental health can be unnerving, there are some situations that are on a level of their own. Continue reading to learn about 8 strange dental emergencies that you hopefully will never experience!

In a weird occurrence, a man left a tomato seed trapped between his teeth. It eventually started sprouting. What a unique way to garden!

Not all situations can be handled with a DIY solution. This is especially the case when it comes to dental procedures. An example is a man who discovered a hole in his palate. Instead of bringing it to a dentist’s attention, he attempted to fix it himself by placing wads of tissue in the vacated space. This would eventually lead to a nasty infection that required emergency dental attention.

For the record, no type of glue should ever be used inside your mouth. One person thought differently, as he attempted to reattach a dislodged crown with super glue. This resulted in him adhering the wrong teeth together and, worse, covering the roof of his mouth with the sticky substance.

Here’s what can happen when dental negligence is taken to an entirely new level. In this situation, the person allowed tartar to build up to the point that it created a bridge between his teeth and gums. To make matters worse, the unfortunate gentleman tried to remove the tartar by aggressively brushing his teeth, which led to them completely dislodging. Needless to say, emergency dental care was required to rectify the situation.

If you’re eating, you’ll want to stop before reading any further. This case involves a little boy who was continuously rubbing his swollen mouth. Concerned about why this was happening, his parents took the child to a local dentist, who would discover that maggots were living inside his mouth. The final verdict was that poor dental hygiene was the primary culprit.

You’ve probably heard of the candy found in vending machines called “jaw-breakers.” Well, in this case, the term refers to the literal breaking of the jaw. During a routine tooth extraction, a dentist applied too much force in an attempt to free the tooth and broke the patient’s jaw, resulting in it being wired shut for two months.

A Swedish woman was badly injured when a dental drill came loose during a procedure and dove deeper into her mouth. It ended up traveling down her throat and becoming lodged in her lung. Thankfully, doctors were able to perform an emergency surgery to successfully extract it.

Here is the peculiar situation of a man who thought he would be undergoing a routine root canal. By the time the appointment was over, he only had a 90-minute memory span. It appears that the anesthesia that was used managed to do more than just numb his mouth; it zapped his memory. As of yet, specialists are still unable to determine why this happened.

If there is a way to summarize all of these strange occurrences, it’s that the experience of a typical dental emergency could always be worse.  It also shows the importance of seeking professional treatment the moment you recognize a change in your dental health so you can recover swiftly and safely!

Dr. Mark M. Farthing earned his dental degree from the Indiana University School of Dentistry. Throughout a career that has spanned over 30 years, he has taken several hours of continuing education so that he can provide comprehensive care. Dr. Farthing treats dental emergencies at Indianapolis Family Dentistry, and he can be reached for more information or to schedule a visit through his website.

Sorry, the comment form is closed at this time.